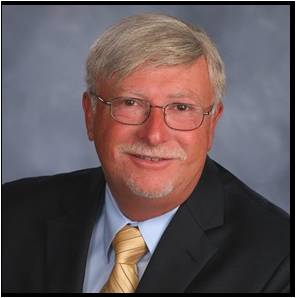 Anyone that’s been reading our letters for any amount of time, knows that we don’t try and sell you things. We don’t sell our Email list, we don’t even have advertisements in our letters. I’ve been approached a hundred times or more by various outfits, asking to be on our mailing list, and I’ve never done it.

On one hand that’s stupid. These free letters are only free to you, not me. It costs a small fortune to send out thousands of Emails per article, and I absorb it all. So, selling select products that I actually believe in makes sense. On the other hand, I never wanted to be seen as just another outfit selling anything to anyone.  So here we are, 22 years into this letter and there’s never been a paid for ad on our pages.

That’s not to say I haven’t pushed a few products. If I like something that works really well, I’m more than happy to tell folks about the product. I simply don’t get anything in return. Consider Cornerstone bullion. I’ve recommended them as a good honest place to buy gold and silver for years. They have a banner on my website. Yet despite the fact that my readers have probably  bought over a million dollars worth of metal, I have no “kickback” arrangement with them. I don’t get a percentage of anything that comes to them from me.

One day maybe I’ll have to go mainstream and actually put a few tangible items in these letters, but if I ever do, it would only be something that I use, believe in, or think is so valuable, everyone needs it. We’ll see.

But today I’m telling you all that there’s a service that I think you should all be aware of, and most of you should be a customer of.  Let me explain:

This is the most litigious society on earth.  No matter what the issue, someone’s going to try and sue you for something. But there’s one area where it’s so egregious, that it is literally Preached to you that “if you do this, you’ll be sued”. So, what’s “this?”  Defending yourself.  It doesn’t matter what the circumstance; if you have to use a weapon, whether shotgun, rifle, pistol, knife, etc, EVEN if the law doesn’t charge you, the criminal will sue you.

You guys know that I hang with the gun guys. We teach the concealed carry class and we train people in self-defense. What we tell every single person that goes through our class is this “in the event you have to fire your weapon in self-defense, every bullet that leaves your gun is going to have a lawyers name on it”  meaning you’re going to be sued.

The liberal left, and the prosecutors that espouse such baloney, have a long track record of going forward with what any sane person knows is a travesty of justice. Someone breaks into your house, and while trying to steal your possessions, injures himself and sues the homeowner. You’ve all seen the stories. They’re true.

Well with a self-defense situation, it’s worse. Someone breaks into your home wearing a hockey mask, high on crack and meth, with a butcher knife in his hand, and you use your legal weapon to shoot him. IF he lives, he’s going to sue you. If he doesn’t his “momma” will. See, he was a sweet little boy, there was no reason to take his life”  This is reality folks, and it’s getting worse.

How common is this? Very. Here’s a random example I just grabbed, one of hundreds:  (From USA Today)

NEWPORT, Del. — The first time Nigel Sykes tried to get money from the Seasons Pizza restaurant, he did it with a gun, forcing his way into the business through the back door.

This time, Sykes is trying to get money from the pizzeria by suing the employees who tackled him and wrestled his gun away during the robbery.

Sykes alleges assault in a federal civil complaint claiming the rough treatment was “unnecessary” and that as a result of the injuries he suffered during his attempted hold-up, he is due over $260,000.

Because of the increase in this sort of baloney, over the years several companies have formed where for a monthly fee, if you’re sued over the use of self-defense weapons, they’ll help with lawyer’s fees for criminal and civil defense, etc.  Now this isn’t new to me, we’ve been telling folks in our carry classes since 2010 that everyone should have some form of “protection” from a company like this.

The problem of course, is which one? Recently the NRA itself has launched a similar program;  since this type of service is becoming so popular in this insane society of ours. But are they the right one to go with just because they’re the NRA?

Here’s the issue folks. Of the 7 companies that are offering these sort of plans, you really have to read the fine print to find exactly what they’ll pay. For instance, one company might give you up to 125K for criminal defense lawyers, but won’t pay any court costs such as expert witnesses, or transcripts. Some won’t pay your bail bond if you’re in jail.  Some will give you the assistance for your case, but gives you nothing for appeals.

Then there’s the ones that are more like reimbursements than anything else. What good is having this coverage if you have to try and pay things up front and hope to get money from them later? No thanks.

Since the NRA launched their service recently, I have gone on the war path to determine just which of these outfits is best suited to truly help me and my wife and my friends, if indeed something horrible happens and I have to shoot someone in self-defense.  On Thursday, I got my answer.

Over the past few weeks, I contacted every outfit that I could find and “interviewed” them. For a few, I couldn’t get past the salesman at the desk, despite asking to talk to company owners. A few responded well enough, but as I kept asking more and more questions, I didn’t like the answers more and more. It seemed that they had lots of ways to “wiggle out” of helping you, if they wanted to. Well that stinks.

But on Thursday, I had the pleasure of speaking with two gentlemen for over an hour about their outfit, and I hit them with all the questions. The bottom line? This is the outfit I’m going with from here out.

It’s called SelfDefenseFund.com.  So, what sold me on them? Well again, they weren’t afraid to spend an hour  of their time with me. Secondly (and there’s a third, forth and 25th reason too) they cover “everything”.

This is a snippet from their front page:

We are a national association, with litigation “junk yard dog” attorneys in all 50 states providing our members with an aggressive attack-dog style defense for the use of any weapon including a hand gun, rifle, shot gun, spear gun, bow & arrow, stun gun, pepper spray, knife, or any other object used to defend or protect.

That sort of in your face, rock basic presentation really resonates with me. But it wasn’t until I went through the list of what’s covered by these folks, that I was truly sold.  This outfit isn’t a marketing gimmick, with a gun give-away ever week like one of them. They don’t hide behind the fine print to get out of helping you. They cover churches, firearms instructors, etc. While the focus is naturally on firearms self-defense, if you’re getting sued because you used a club to fight off an attacker, SDF is there to help you.

I researched some of their cases, I wandered around social media getting reviews, and I came away again, very pleased.

Now here’s maybe the best part. The price. You can get all of this protection for 12 bucks a month or a one time 150 dollar payment per year.  Are you serious? For 12 lousy dollars, you’ve got “unlimited” lawyer fees, plus another 1 million in “extra” expenses for court, expert witnesses, fee’s, etc.

Folks, this is a no-brainer. My smack in the head is that I didn’t research this a few years ago. While we’ve always told students of the carry class to investigate these services and use one, the fact is, we hadn’t truly done our homework. Well over the past 3 weeks I have, and SDF is it. They’re not flashy, they don’t spend money on gun give-aways and full page ads in Gunner magazine, but when the owner of the company told me some “inside” information, and then gave me the links to go confirm what he told me, I knew this was the “real deal”.

If you have a gun in the home you NEED this. If you carry you NEED this. The peace of mind that 12 bucks a month brings, is worth a fortune. Imagine the horror of a self-defense situation. First there’s the actual event, and depending on what happened, it could be something that scars you or your loved one for life. But then, after escaping with your lives, “boom” you find yourself facing a criminal charge, and then on top of that, probably a civil charge!  All that adds up to what could be a hundred thousand dollars, in no time.  SDF will fight it for 12 bucks a month.

I know I sound like a commercial here. But I speak from the heart and you all know it. When I told everyone that they should have a “Big Berkey” water filter in their home just in case some day a storm like Sandy hits, I wasn’t selling Big Berkey’s. I had used one and it got us through a tough time. Then I got Emails like Jake sent me from Tennessee. “Thanks for the Berkey idea. We bought one to run our well water through and oh my God what a difference. I guess we didn’t know we were drinking such turbid water. Thanks again Bob, its great!”

I only tell people to buy something if I believe in it. I believe we all need the help SDF can give us, especially with the way our society is being pulled apart. Antifa thugs are attacking people on the streets. Clashes are a daily occurrence. Home defense is more important now than ever, and a “helpmate” like SDF is mandatory.

Go to www.SelfDefenseFund.com  read about them. Then sign yourself up. I’m even going to give you a promo code that if you use it, you’ll get a highly reflective placard  for your home  or car window that alerts police that  you are protected by attorneys, and have been instructed not to answer questions without legal representation present. (NOTE> this is what we teach all carry class members folks. If you ever use a weapon for self-defense,  obey the police, but say NOTHING more than that you wish your lawyer to be present for questioning. It’s the ONLY thing you should do. The placard helps remind you and the police as to why)

The promo code is  MA07.  Use that and they’ll give you the placard. It is a very handy item.

Let me finish like this:  I wish I didn’t have to tell you about this service. I wish we didn’t live in a sue happy nation. I wish that our legal system wasn’t so quick to try and find fault and criminally charge the average citizen who simply defended himself. I wish ambulance chaser type attorneys would stop suing the victims of a crime. But alas, this is the US in 2017.

Buy the service. SelfDefenseFund.com  It could be the best 12 bucks you ever spent.