Posted on January 20, 2013 by StealthMarketer 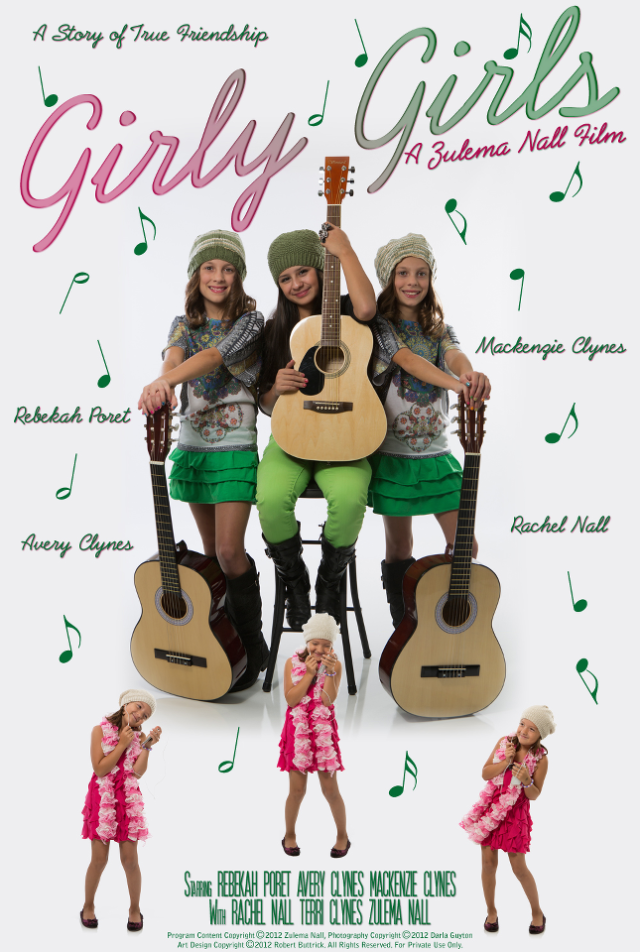 What started as a short film idea by Producer Zulema Nall and her daughter Rachel has blossomed into a feature length undertaking that continues to garner wider community interest and support.

The stellar cast and crew gathered a local business establishment this weekend to meet and greet each other and celebrate the “Girly Girls” production.

In attendance were the main and supporting characters, choreographer, Grammy Nominated and Dove Award winning music producer and artist Billy Dorsey, business leaders, producers, and friends and family of the film.

Writer/Director, Zulema Nall, announces the start of principal photography on the feature film Girly Girls. Girly Girls will shoot primarily in Houston and surrounding areas during the spring break and is anticipated to be released in Fall 2013.

Girly Girls, starring Rebekah Poret, Avery Clynes, Mackenzie Clynes and Rachel Nall, is a story of a group of girls who have dreams and aspirations to become famous singers.

Britney, Mindy, and Cindy must overcome many challenges in order to make their dreams a reality. The trio’s #1 fan, Avery, is focused on becoming a Girly Girl herself; so much that she loses her own self identity.

Throughout the film, the girls learn that friendship is a powerful thing and as long as they have each other, they can overcome anything. The film is targeted for many audiences as it offers a little bit of everything: drama, comedy, music, singing, and dancing.

In addition, the film illustrates the importance of friendship and self-confidence and delivers an important anti-bullying message.

The producers are currently seeking product and service placement opportunities from the business community.

Their also a planned soundtrack.

For more information, contact Zulema Nall at 623.824.1875 or by e-mail casting4films@ymail.com